You are here: Home > Subject guides > Law
Are you passionate about people, society and justice? Law could be perfect for you. London is at the heart of the British legal system and offers countless opportunities to study, train and practise law.

Find out why and where you should study law in London with this handy subject guide.

Law combines human interest with morality and analytical reasoning. A law degree is the first step towards a career in the legal sector, with many law students aspiring to become practising solicitors or barristers. Solicitors and barristers both offer legal advice, but barristers also represent their clients in court in front of a judge and sometimes a jury, or at a tribunal.

With the British legal centre located in central London, the capital's universities offer insights and networking opportunities that are hard to find elsewhere.

London offers hundreds of law courses, from one-year LLM courses to three-year LLB courses, as well as a variety of combination courses (eg English law and US law, European law, etc) which are four to five years long. The city’s lecturers, tutors and professors are internationally respected for their law research and professional experience.

London universities work closely with a wide variety of law firms in London and across the world to give you the best chance of finding relevant work placements and internships during your studies.

The Royal Courts of Justice and the Law Society are based in central London. There are also numerous courts around the city. London’s universities regularly arrange networking events with the top law professionals in the country so you will leave your university with a professional network already set up.

Many universities in London offer a range of law courses including undergraduate degrees, postgraduate master’s and PhD programmes. To help you pick the right course for you, here are five of the most highly ranked universities:

LSE is a specialist university with a global reach which frequently appears in the top reaches of national and international league tables. Its Department of Law is one of the largest in the university, and the study of law has been an integral part of the university’s mission. The department has played a major role in policy debates and policy-making, and has educated both lawyers and law teachers from around the world. There are more than 150 countries represented on campus, making LSE a uniquely international and cosmopolitan university in central London. The university is close to the Royal Courts of Justice and the Law Society.

Described by the Sunday Times as "an intellectual powerhouse with a world-class reputation", UCL is consistently ranked as one of the top universities in the UK and worldwide. The UCL Faculty of Laws is one of the world’s leading law schools. Its research helps shape legal and judicial policy in the UK and across the globe. The central London location also provides students with the opportunity to learn from leading lawyers and judges, visit nearby courtrooms and meet their potential future employers at professional networking events held by the faculty.

King’s College London is one of the world’s leading research and teaching universities. Established in 1831, the Dickson Poon School of Law at King's is one of the oldest law schools in England and recognised globally as one of the best law schools in the world. The school offers the largest scholarship programme for law in Europe, with dozens of scholarships available every year to high quality law students. Located in the heart of the British legal world, the school offers students invaluable interaction with the wider legal community and opportunities to establish a broader professional network.

Queen Mary University of London is one of the UK's leading research-focused higher education institutions. With around 26,000 students, the university is one of the biggest colleges of the University of London. The School of Law focuses on the role of law in contemporary international society and is divided into two units: the Department of Law and the Centre for Commercial Law Studies (CCLS).

SOAS, University of London is Europe's only higher education institution specialising in the study of Asia, Africa and the Near and Middle East. The university’s School of Law has a unique focus on both the developed and developing world. The school offers an international experience, with students from every continent studying English law alongside comparative, regional and international law. Academics are experienced advisers to governments, international organisations and NGOs and have professional experience as qualified lawyers and members of regulatory bodies.

Many other London universities offer excellent law courses at undergraduate and postgraduate level. Browse this list to find law courses across the capital. 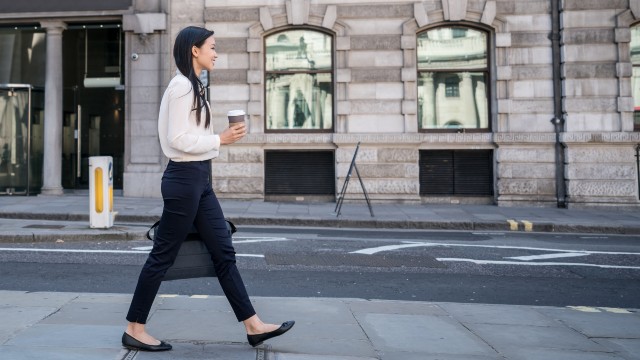 The British legal sector is recognised across the world for its quality and excellence. It contributed £27.9bn to the UK economy in 2018 – 1.4% of the country’s GDP – and is the largest legal services market in Europe, only second to the US globally.

London offers a wealth of opportunities for law students and graduates, from work experience to apprenticeships to jobs, in law firms, law centres, central and local government, legal departments within organisations and the Crown Prosecution Service.

Apply to a London university